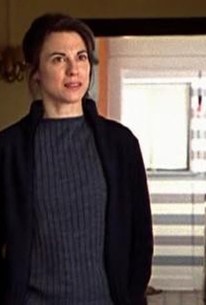 What Power Is...
The Shield Season 3

Shane (Walton Goggins) now knows that Mara (Michele Hicks) stole the 7,000 dollars from the "Money Train" stash to send to her mother, Stella (DeLane Matthews), in Indio. At first, he tries to keep the information under wraps, and he and Mara come up with a cover story in hopes of keeping Stella quiet, but when Stella starts demanding more money, and gets a message to contact the Treasury Department, he tells the rest of the Strike Team. Lem (Kenny Johnson) points out that Mara would rat out the rest of the team to save Shane. Vic (Michael Chiklis) tries to keep everyone working together. The team finds a patsy (Jim Budig) to take the rest of the marked money. Aceveda (Benito Martinez) has been tracking Juan (Kurt Caceres), the Byz Latz gang member who assaulted him, and when Juan commits a convenience-store robbery, Aceveda is there to stop it, shooting one of his accomplices, while Juan escapes. The local media hail the captain as a hero. He assigns the Strike Team to help him find Juan. Vic realizes that Aceveda had been following Juan, and suspecting that it might have something to do with the stolen loot, he warns Byz Latz leader Diagur (Frankie Rodriguez) to get Juan out of the country. Dutch (Jay Karnes) and Claudette (CCH Pounder) use parking tickets to find a suspect in the "cuddler rapist" case, and interrogate the man's wife (Rebecca Pidgeon), leading to a huge break in the case.

What Power Is... Photos 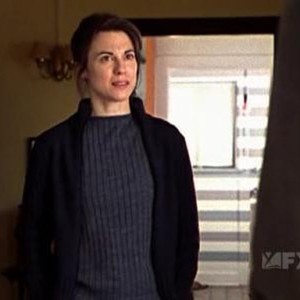