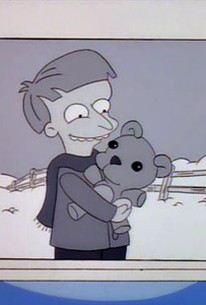 Elderly nuclear power magnate C. Montgomery Burns (voice of Harry Shearer) is celebrating his birthday, but while his loyal assistant, Waylon Smithers (also voiced by Shearer), stages a very special party, complete with international dignitaries and an appearance by the Ramones, Burns is still unhappy. Lately, Burns has been pining for the teddy bear he had as a child, Bobo, and he won't be happy until he can recover the toy. Smithers is put on the project, but the bear soon turns up in a very unlikely place -- in a bag of ice purchased by Homer Simpson (voice of Dan Castallaneta). Homer gives the teddy bear to his baby daughter, Maggie, and when Homer learns that there's a very valuable old teddy bear in his home, he discovers that Maggie doesn't want to give up her new teddy. Burns offers Homer a large sum of money for the bear, but Homer is forced to turn it down when Maggie refuses to give up the bear; angry, Burns then tries to force Homer to give up the bear by cutting off his supplies of beer and television, and eventually Burns and Smithers plan an elaborate plot to steal the bear. "Rosebud" first aired on April 18, 1993. 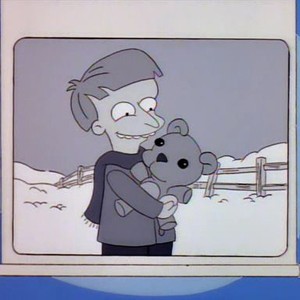