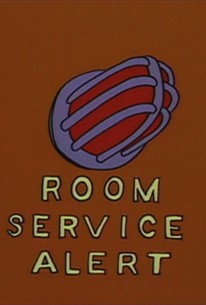 The Last Temptation of Homer
The Simpsons Season 5

Homer Simpson (voice of Dan Castellaneta) learns that he'll be having a new co-worker at the Nuclear Power Plant, but he's more than a bit surprised by who it turns out to be -- Mindy Simmons (voice of Michelle Pfeiffer), a very sexy redhead. Homer is all the more amazed when he discovers just how much he and Mindy have in common -- they both love doughnuts, beer, hero sandwiches, televised sports, and napping. Homer is more than a bit infatuated with Mindy, and Mindy is obviously attracted to Homer, so when the two are sent to Capital City to represent the Springfield plant at the National Energy Convention, Homer is afraid he may not have the strength to remain faithful to Marge (voice of Julie Kavner). Meanwhile, after a visit to the doctor, Bart (voice of Nancy Cartwright) comes home wearing glasses, corrective shoes, and salve in his hair. Bart is told he'll only need to keep up the regimen for a month, but his new nerdy look earns him the ire of the school bullies, and the not-entirely welcome friendship of the geekier kids. "The Last Temptation of Homer" was first aired on December 9, 1993; Werner Klemperer reprises his Hogan's Heroes role as Col. Klink in a dream sequence, in which Homer's guardian angel takes on the form of the sitcom character.

The Last Temptation of Homer Photos 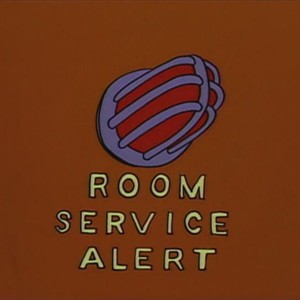