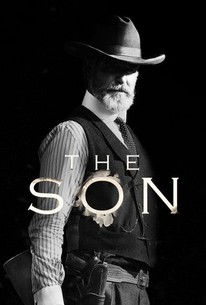 Based on Philipp Meyer's New York Times best-selling and Pulitzer Prize finalist novel, "The Son" is a sweeping family saga spanning 150 years and three generations of the McCullough family. The series traces the transformation of Eli McCullough (Pierce Brosnan), the charismatic family patriarch, from good-natured innocent to calculating killer. He loses everything on the wild frontier, setting him on the path to building a ranching-and-oil dynasty of unsurpassed wealth and privilege. Eli's eldest son Pete (Henry Garrett), has grown up in his father's shadow and struggles to make him proud while forging his own identity. Pete's strong-willed daughter, Jeannie (Sydney Lucas) idolizes her grandfather and despite being raised in a male-dominated world, rejects her fate of existing solely to marry and bear children. Eli's ruthlessness pits him against his wealthy Spanish neighbor, Pedro Garcia (Carlos Bardem) and his quest for power triggers consequences that span generations. Shared through a series of flashbacks, "The Son" pulls viewers into the world of young Eli McCullough (Jacob Lofland) and his father figure, Comanche war chief, Toshaway (Zahn McClarnon) and deftly explores the McCullough's rise to become one the most powerful family dynasties in Texas.
Starring: Pierce Brosnan, Jacob Lofland, Henry Garrett

The Son: Season 2
No Tomatometer score yet...

Tatanka Means
as Charges the Enemy

J.D. Evermore
as The Buffalo Hunter

News & Interviews for The Son

View All The Son News