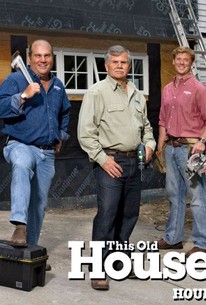 Beginning an eight-part renovation of an 1805 Georgian-style house on St. George in Bermuda. The homeowners, who run a B&B nearby, plan to live in it, but it's in "some state of disrepair," says host Kevin O'Connor. The roof timbers are of particular concern to carpenter Norm Abram. Before assessing the house, O'Connor and Abram tour the island with St. George mayor E. Michael Jones. On "Ask This Old House," projects include landscaping around a fieldstone wall outside a 1789 Carlisle, Mass., farmhouse, and installing a portable air conditioner in the attic apartment of another old Massachusetts farmhouse, this one in Rowley. Also: cutting glass to replace a broken window pane.