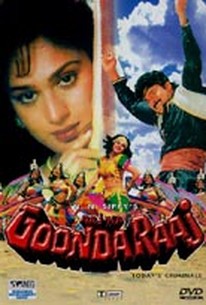 Things are looking up for Ravi, as he is looked upon favorably by the Government to be the next Collector of the region. Despite of his older brother's, Amar, untimely death, and younger brother, Raja, who is the black sheep of the family, Ravi is offered this position, and he and his family move to a palatial bungalow with a use of a car and chauffeur. Ravi also gets married to Ritu, the daughter of Supdt. of Police Saxena. After his marriage, Ritu and his family, which also consists of widowed sister-in-law, and grandmother, start to have misunderstandings, so much so that Ritu threatens to leave the house. At first Ravi blames Ritu, but when he witnesses a half-naked man come out of the room of his sister-in-law, he realizes that it is not entirely Ritu's fault. It is then Raja finds out that Amar did not meet with an accidental death but was murdered, and he sets upon to find the killers, and knows that his brother, Ravi, will not permit to let him take the law into his own hands, and will oppose him tooth and nail.

There are no critic reviews yet for Aaj Ka Goonda Raaj. Keep checking Rotten Tomatoes for updates!

There are no featured audience reviews for Aaj Ka Goonda Raaj at this time.