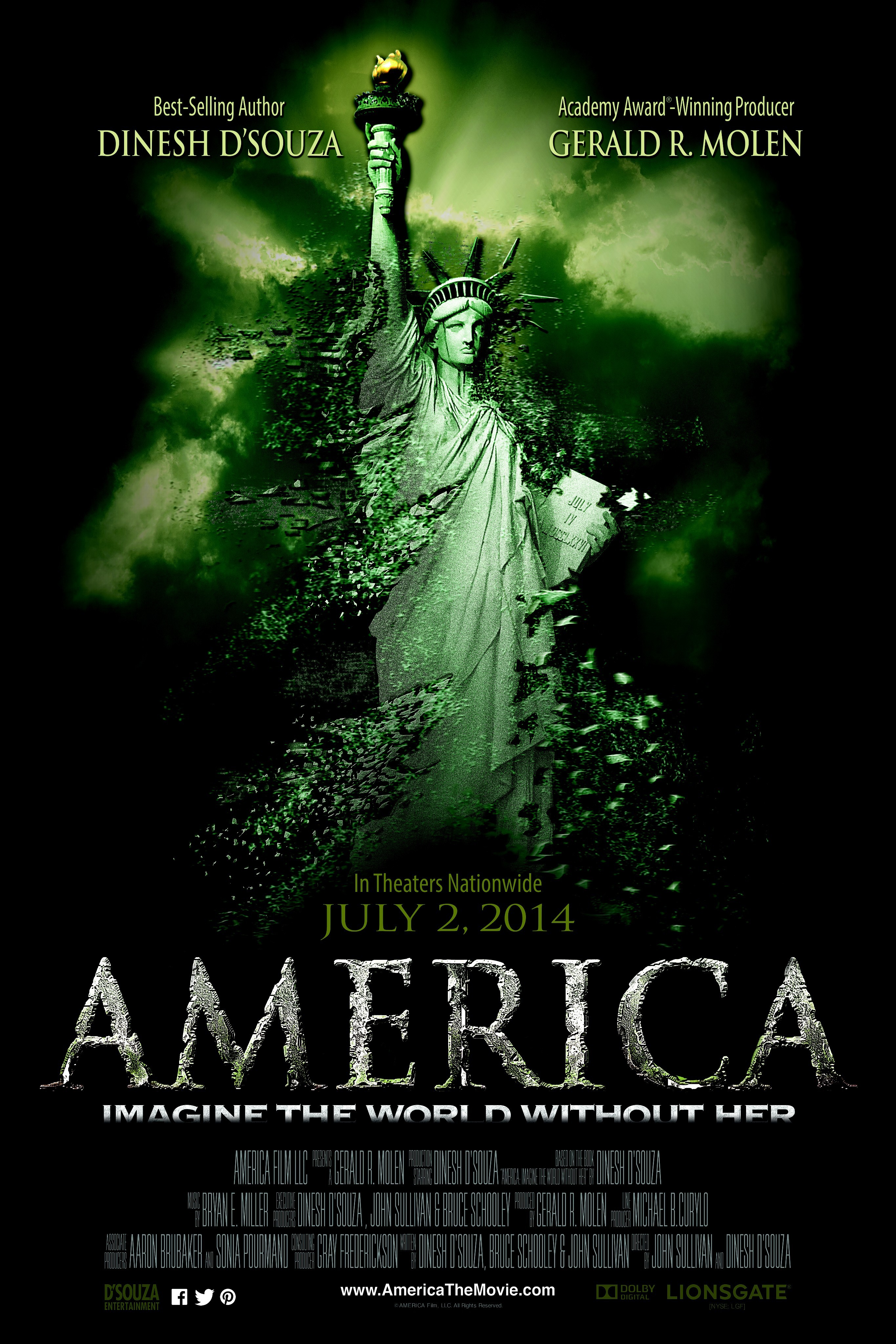 America: Imagine the World Without Her

America: Imagine the World Without Her Reviews

Vadim Rizov
Filmmaker Magazine
America is predictably atrociously crafted, with marginal actors reedily declaiming Lincoln’s speeches and many shots of the co-writer/director/presenter demonstrating how American he is...
Full Review

Joe McGovern
Entertainment Weekly
There's no doubt that D'Souza loves America, but he loves it much in the same way that we all do: According to a map of his own design.
Full Review | Original Score: C

James Rocchi
TheWrap
"America" would be simply annoying if it were just preaching to the choir; what makes it unendurable is the fact that D'Souza and Sullivan can't craft a sermon that would keep even the choir awake, interested, and entertained.
Full Review | Original Score: 0/5

Teddy Durgin
Screen It!
D'Souza's main problem here is that he has really made three films in one, and he has failed to flesh out any of the three. (Full Content Listings for Parents also available)
Full Review

Matt Prigge
Metro
Is Dinesh D'Souza stupid? This seems like kind of faux-innocent question the far-right columnist and polemicist poses all the time. But the answer honestly isn't clear.
Original Score: 0/5

Louis Black
Austin Chronicle
This is an unusually odious effort because it is so hugely hypocritical and ultimately self-serving.
Full Review

Christopher Campbell
Nonfics
The actual problem with America is that it is structured poorly, with a third act that seems tacked on even though that's where it finally gets to the point.
Full Review | Original Score: 1/5

Sean P. Means
Salt Lake Tribune
The ways D'Souza appropriates famous figures and misreads history (slavery wasn't so bad, because all civilizations did it, he argues at one point) are ludicrous.
Full Review | Original Score: 1.5/4

Rafer Guzman
Newsday
You could bother debating D'Souza on history and semantics and rudimentary logic, but chances are you'd end up feeling like Meathead arguing with Archie Bunker.
Full Review

Bill Goodykoontz
Arizona Republic
Throughout the film, we see D'Souza walking through American landmarks, gravely studying them, deep in contemplation. It brings to mind the old joke about the government: Trust me. I'm here to help.
Full Review | Original Score: 1.5/5

Jonathan W. Hickman
Daily Film Fix
Ironically, in presenting the argument against Zinn and others by attacking what D'Souza terms indictments of America, he takes a page directly out of the Zinn playbook. AMERICA asks one very important question: what's been left out of the history books?
Full Review | Original Score: 6/10

Peter Sobczynski
RogerEbert.com
The cinematic equivalent of one of those forwarded e-mails of mostly discredited "facts" that you receive from an uncle ...
Full Review | Original Score: 1/4

Duane Dudek
Milwaukee Journal Sentinel
D'Souza asks softball questions of those he agrees with ("What is your American dream?" he asks U.S. Sen. Ted Cruz) and leading questions of others, and his narration is peppered with generalities, platitudes and truisms.
Full Review | Original Score: 2.5/4
Do you think we mischaracterized a critic's review?
Go back
More trailers