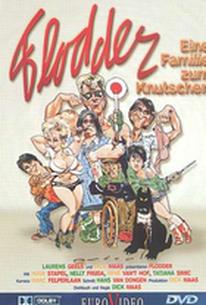 Welcome to The Beverly Hillbillies, Dutch style. Nelly Frijda, Rene Van't Kof, Tatjana Sinic and Huub Stapel star as the low-rent, low-class Flodder family. Through a miracle of scripting, the Flodders move to a prosperous neighborhood. The resulting comedy highlights are all predicated on the old culture-clash gimmick. Flodder was popular enough to inspire two movie sequels (one of them tantalizingly titled Flodders in America), as well as a Dutch TV series, which ran from 1993 to 1995.

There are no critic reviews yet for Flodder. Keep checking Rotten Tomatoes for updates!

There are no featured audience reviews for Flodder at this time.