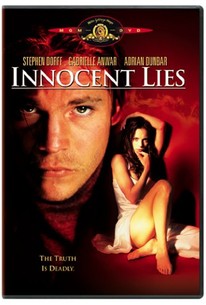 Murder and double-dealing among the idle rich sets the stage for this drama. Alan Cross (Adrian Dunbar) is a British detective who travels to a wealthy community along the coast of France in 1938; he's there to attend the funeral of a friend and wants to find out more about the mysterious circumstances behind his friend's death. Cross finds a privileged British family who were close to the deceased and who seem to live by their own set of rules. Helena Graves (Joanna Lumley) was good friends with the deceased, but she claims to know nothing about how he died. Helena's daughter Celia (Gabrielle Anwar) is engaged to a hot-blooded American but has also been involved in an incestuous relationship with her brother Jeremy (Stephen Dorff); Jeremy harbors a dark childhood secret regarding the death of his brother, and he is courting a Jewish woman, much to the chagrin of the anti-Semitic Helena. Cross becomes convinced that someone in the Graves family is to blame for the death, but it's not until someone else dies that the truth begins to bubble to the surface. Innocent Lies was also shown under the title Halcyon Days. ~ Mark Deming, Rovi

Yvon Back
as Inspector Talmi

There are no critic reviews yet for Innocent Lies. Keep checking Rotten Tomatoes for updates!