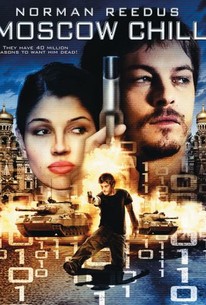 An American computer hacker is smuggled into Russia and hired to work for an imprisoned "businessman," embracing an unconventional family and finding true love while navigating the treacherous Moscow Underworld. Busted for hacking into Manhattan's ATM banking system and flooding the sidewalks with twenty-dollar bills, notorious computer hacker Ray Perso (Norman Reedus) is promptly thrown in jail. Fortunately for Ray, his antics caught the attention of a wealthy Russian businessman, who dispatches a gangster named Dolphin (Slava Schoot) to spring him from jail and bring him to Moscow. Upon arriving in the Russian capitol, Ray joins up with the Fish Gang, falls for mysterious beauty Maya (Xusha Buravsky), and gets chased by an escaped circus bear before setting out to accomplish his true goal: stealing $40 million in dirty money. A simple task for sure, but this is only the beginning of Ray's adventure. Subsequently forced to kill a psychotic colonel in self-defense, Ray flees from the city with a hefty price on his head. But why do the same men who previously befriended Ray now want him dead? The situation fast turning complicated, Ray uses his smarts to shake off his pursuers and find a way back home.

Vladimir Kuleshov
as Dubinsky
View All

There are no critic reviews yet for Moscow Chill. Keep checking Rotten Tomatoes for updates!

There are no featured audience reviews for Moscow Chill at this time.