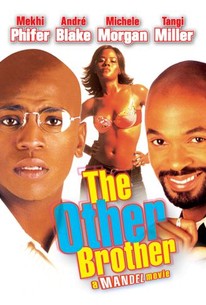 The Other Brother Ratings & Reviews Explanation

The Other Brother Photos

A nice guy tired of finishing last tries playing on the other side of the fence in this independent comedy. Martin (Mekhi Phifer) and Junnie (Andre B. Blake) are two brothers living in one of Harlem's upscale neighborhoods. In many regards, the two siblings are as different as night and day. Martin is a successful journalist and more than a bit shy, while Junnie mostly gets by on his charm and his bravado. When Martin discovers his fiancée is having an affair with another woman, he immediately calls off the engagement, but he's never been especially good at charming the ladies, and soon turns to his brother Junnie for advice. While Junnie is bad with long-term relationships, he's great at picking up women, and after teaching Martin a few of his tricks, the former nice guy is meeting and disposing of women like a master. When Paula (Tangi Miller), a beautiful and brilliant art historian, moves into Martin's building, he tries Junnie's best lines on her, only to discover she wants someone more refined. So can Martin go back to being his nice-guy self and still have any chance of getting to first base with Paula? The Other Brother was the first feature film from writer and director Mandel Holland.

Andre B. Blake
as Junnie

Critic Reviews for The Other Brother

Audience Reviews for The Other Brother

There are no featured audience reviews for The Other Brother at this time.

The Other Brother Quotes