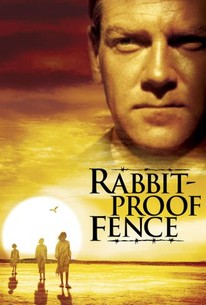 In Western Australia, 1931, the small depot of Jigalong sits on the edge of the Gibson Desert. Running through Jigalong and out into the desert is a rabbit-proof fence that bisects Australia from north to south. The fence was built to keep rabbits on one side and pasture on the other. This remote country is home to three spirited Aboriginal girls, Molly, her sister Daisy, and their cousin Gracie. The girls' white fathers are fence workers who have moved on. Now their only contact with white Australia is the weekly ration day at Jigalong Depot. In Perth, AO Neville, the area's Chief Protector of Aborigines, receives word that the three girls are running wild. He believes the Aboriginal race is dying out and believes that the answer to the "colored problem" is to breed out the Aboriginal race. To achieve this he has ruled that children of mixed marriages cannot marry full-blooded Aborigines. Settlements are set up across the state and "half-caste" children are removed from their families and prepared for their "new life in white society" as domestic servants and laborers. Neville orders the removal of Molly, Gracie, and Daisy and they are relocated 1,200 miles from home to a grim settlement. The harsh conditions they must live under shock Molly, and she convinces Daisy and Gracie to run away with her. With Moodoo, a cruel and master tracker on their tails, they begin a grueling three-month journey home, following the rabbit-proof fence that will guide them back to their mother and their rightful home.

Glenys Sampi
as Woman in Queue

Jewess James
as Singing Woman at Jigalong
View All