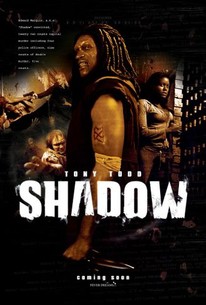 A supernaturally-charged serial killer rises from his prison grave to seek out the sacrifice that eluded him in life in Hong Kong cinematographer-turned-director Derek Wan's exploitive mash-up of women's prison films and zombie gut-munchers. As a child, Solitare (Carla Greene) managed to escape being sacrificed to Satan by the fearsome maniac Shadow (Tony Todd), but as an adult she may not be so lucky. Incarcerated in the very same prison where the devil-worshipping killer met his ultimate fate years earlier, Solitare is forced to fight her way through the prison ranks and earn her top-dog status among the hardened female inmates. Defeating her human opponents will be nothing compared to the challenge Solitare faces when Shadow returns from the dead to stake his claim on the soul that he was denied in life, though, and as an undead army rises from the earth to assist Shadow in his evil bidding, Solitare will find that it takes more than muscle and fighting skills to defeat an opponent with the power of ultimate evil on his side.

Andrea Langi
as Else Thorne

Ernest "The Cat" Miller
as Emily

Toy
as Lina
View All