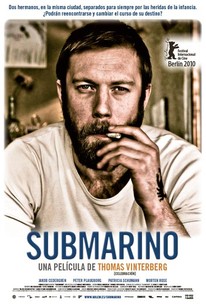 Two siblings who grew up in a dysfunctional household pass their damage along to those around them in this drama from Danish filmmaker Thomas Vinterberg. Nick (Jacob Cedergren) was raised by a mother with serious drinking problems who inflicted physical and emotional cruelty on her children. Now in his early thirties, Nick is an ex-con who has his own problems with alcohol and little sense of direction in his life. Back on the streets after a stay in jail, Nick lives in a shabby hostel, has an on-again, off-again relationship with Sofie (Patricia Schumann), whose alcoholism has cost her custody of her children, lifts weights and sometimes looks in on Ivan (Morten Rose), the troubled brother of a girl he one loved. Meanwhile, Nick's younger brother (Peter Plaugborg) has his own demons; he's a heroin addict who is running out of ways to finance his habit, and while he loves his young son Martin (Gustav Fischer Kjaerulff), managing his habit and looking after his child are more than he can manage at the same time. Adapted from the novel by Jonas T. Bengtsson, Submarino was an official selection at the 2010 Berlin International Film Festival.