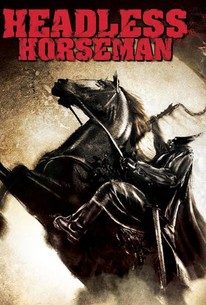 Seven teens on the way to a party discover that they're in danger of losing their heads to a vengeful ghost that won't stop killing until he's gathered enough gourds to make a complete collection in this low-budget shocker featuring Night Court's Richard Moll. Local legend around the "lost" town of Wormwood states that on All Hallow's Eve one-hundred years ago, a local lunatic tortured the town youngsters by submerging them in boiling oil. When the local townspeople discovered what was happening to their children, they ripped the man from his home and chopped off his head. Now, every seven years, the killer returns to claim another seven heads. Tonight is the night he is set to return to Wormwood, and as the unsuspecting teens make their way through the wilderness they wander right into town square. It's a foreboding place where bones line Main Street and the locals cower in fear of the supernatural wrath to come. Will these seven teens be able to keep their heads until the dawn sends this headless demon back to hell, or is it time for the savage specter's reign to finally come to an end?