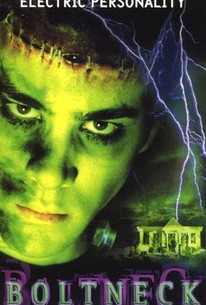 For once, a kid from the science club really does impress someone with his latest experiment, though it hardly works out the way he planned in this horror opus with a darkly comic undertow. Frank Stein (Matthew Lawrence) is a brilliant but geeky teenage outcast who wishes he could hang out with the cool kids and has a furious crush on Macy (Christine Lakin), the prettiest girl at school. Socially inept Frank isn't especially popular with his classmates, but there's one student who fares even worse -- Karl (Ryan Reynolds), a goth kid who is a magnet to bullies. One day, a gang of jocks decide to beat up Karl for fun, but they go too far and accidentally kill him. Frank, seeing an opportunity, decides to prove just how bright he is by bringing Karl back to life. Frank's peers are indeed impressed by the reanimated Karl (whose presence allows them to avoid murder charges), and Macy starts showing an encouraging interest in Frank, but there's one little problem -- Frank replaced Karl's damaged brain with one from a psychotic multiple murderer, and soon gloomy Karl is displaying an uncharacteristic thirst for violence. Also released under the title Big Monster on Campus, Boltneck also stars Judge Reinhold and Shelley Duvall.

There are no critic reviews yet for Boltneck. Keep checking Rotten Tomatoes for updates!

There are no featured audience reviews for Boltneck at this time.