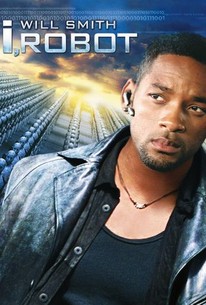 Bearing only the slightest resemblance to Isaac Asimov's short stories, I, Robot is still a summer blockbuster that manages to make viewers think -- if only a little.

Director Alex Proyas (Dark City, The Crow) helmed this sci-fi thriller inspired by the stories in Isaac Asimov's nine-story anthology of the same name. In the future presented in the film, humans have become exceedingly dependent on robots in their everyday lives. Robots have become more and more advanced, but each one is preprogrammed to always obey humans and to, under no circumstances, ever harm a human. So, when a scientist turns up dead and a humanoid robot is the main suspect, the world is left to wonder if they are as safe around their electronic servants as previously thought. Will Smith stars as Del Spooner, the robot-hating Chicago cop assigned to the murder investigation. Bridget Moynahan, Bruce Greenwood, James Cromwell, and Chi McBride also star. ~ Matthew Tobey, Rovi

Will Smith
as Detective Del Spooner

Aaron Douglas
as USR Attorney No.1

Travis Webster
as Guy With A Pie

News & Interviews for I, Robot

Box Office Guru Preview: I Am Legend Set For Explosive Opening
Alex Proyas to Direct The Silver Surfer?
"I Am Legend" Trailer … and "I, Robot 2"?
View All

Critic Reviews for I, Robot

Audience Reviews for I, Robot