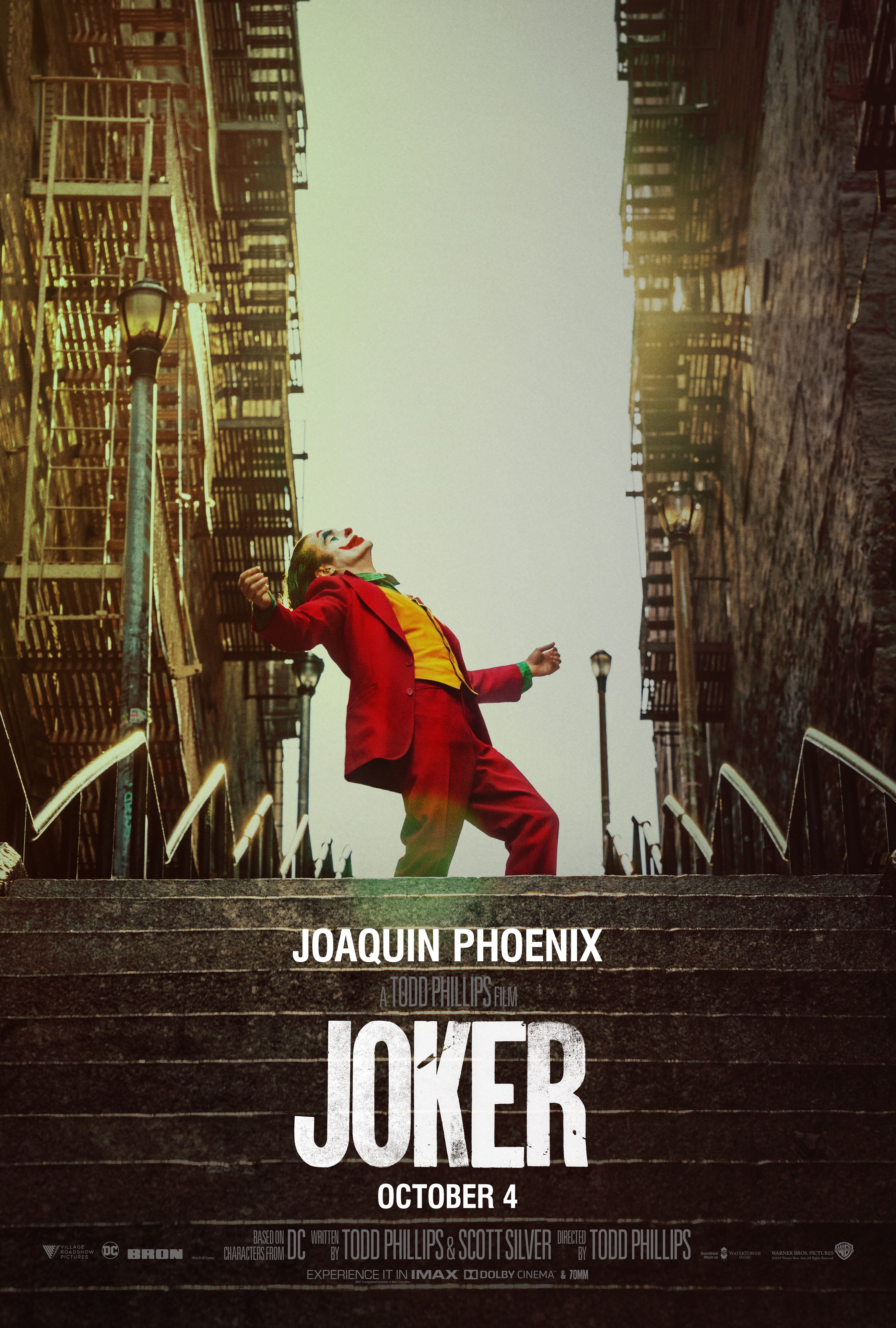 Do you think we mischaracterized a critic's review?
View All Videos (5)
Advertise With Us

Jonathan Garcia
Dynamic Duel Podcast
What makes this world so successful is the message. ... Negativity, like the trash, builds up over time when people are too stubborn to see the other perspective and compromise. There's a social divide in Gotham City that feels very real.
Full Review | Original Score: 4/5

Wesley Lovell
Cinema Sight
In the simply titled Joker, we get yet another version and this one is probably the most toxic of them all and not in a satisfying way.
Full Review | Original Score: 3/4

Keith Garlington
Keith & the Movies
As “Joker” slow-walks us towards its eventual maelstrom of iniquity, it never spells out how we should feel about its titular character.
Full Review | Original Score: 5/5

Cris Kennedy
The Canberra Times (Australia)
Phoenix's preparation for and commitment to this role honours Ledger and his other predecessors, with an exhausted physicality, contortionist and Gollum-gaunt.
Full Review | Original Score: 5/5

Alachia Queen
Alachia Queen
The Joker is a powerful idea about accountability in our society but it's clear the script wasn't there. Luckily they were able to make it work with improv and interpretive dance.
Full Review | Original Score: B

Brian Eggert
Deep Focus Review
It's less a genuinely transgressive approach than one closely modeled on the work of Martin Scorsese, and thus more an exercise in homage than rebellion. Even so, that won't stop people from aggrandizing it.
Full Review | Original Score: 2.5/4

David Gonzalez
The Cinematic Reel
Every decade has that one transcendent film that, as time progresses, ultimately becomes a classic for cinephiles. As the 2010s decade comes to a close, the one film that will undoubtedly age like a fine wine is Todd Phillips masterpiece, Joker.
Full Review | Original Score: 4/4

Kay-B
The Beat
As committed as I was to Phoenixs performance, I found myself walking out of the theater wondering, why did we need to tell this deeply violent and triggering story now? Where does DC go from here and this standalone film?
Full Review | Original Score: D

Don Shanahan
Cinephile Hissy Fit Podcast
"Joker" a lovely homage to films of a previous era and a subversive take on the "formula" of superhero/comic-book media.
Full Review

Nicholas Oon
Maximum Hype (YouTube)
If cinema's job is to make us feel, to make us reflect upon how we've been living life, and to acknowledge some of its own brand of crazy, then I think Joker did a damn good job.
Full Review

Maria Lattila
Shuffle Online
It's a disappointing film only because it could have been so much better.
Full Review

Milana Vujkov
Lola On Film
[Phoenix as the Joker] burns like he were an archangel on heroin, a contorted otherworldly presence that under a different constellation of stars would have ended up a saint.
Full Review | Original Score: 5/5

Collier Jennings
But Why Tho? A Geek Community
Ultimately, Joker is neither deserving of the controversy it's stirred up nor some of the praise it's received. Phoenix's performance is the highlight of what is ultimately a relatively tame film.
Full Review | Original Score: 7

Alex Bentley
CultureMap
Although it has some of the hallmarks of a mainstream movie, there's little that's entertaining about Joker. Phoenix's version of the character is uncomfortable, and his off-putting nature will likely not inspire many repeat viewings.
Full Review

Richard Crouse
Richard Crouse
It may not be a deep or realistic study of mental illness but it showcases Arthur's weariness at being treated as the cigarette butt under society's heel.
Full Review | Original Score: 4/5

Candice McMillan
Seattle Refined
Phoenix gives the performance of his career, one already filled with admirable, transformative performances. But this one is different. This one is his cry for Oscar gold, and the masses will surely be chanting his name and singing his praises on high.
Full Review
Do you think we mischaracterized a critic's review?
Go back
More trailers