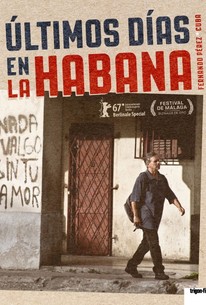 Diego and Miguel are both in their mid-forties. They are living in a dilapidated apartment in central Havana without running water or any modern amenities. Miguel earns his money washing dishes in a privately run restaurant; he, his family and neighbours also care for Diego, who is bedridden on account of his HIV infection. While Diego tries to maintain his joie de vivre, Miguel becomes increasingly withdrawn. Only the two of them know about Miguel's secret: he is planning to emigrate to the USA and is just waiting for his visa. When Diego's condition deteriorates he is forced to go into hospital and leaves his room to his niece Yusi. When Miguel's visa finally arrives it's time for some surprising decisions - and not just for him. Writer, documentary filmmaker and director Fernando Pérez has based his screenplay on the lives of the inhabitants of a tenement building. The resulting film presents a vibrant kaleidoscope of emotions. Unfolding in tranquil images, this story of an unusual friendship also provides an insight into a culture in transition that requires constant flexibility and incredible optimism. A declaration of love to the Cuban capital and its inhabitants.

There are no featured audience reviews for Last Days in Havana (Últimos días en La Habana) at this time.