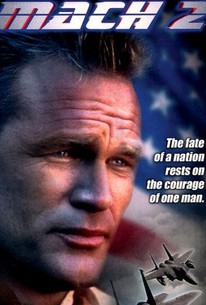 One of America's bravest military men finds himself pushing the limits of his abilities in this action-thriller. Senator Stuart Davis (David Hedison), a U.S. Congressman running for president, is travelling to the Balkins, hoping to speak with political leaders there to stop a civil war that threatens to become a major conflict. While on board, Davis decides to check out a computer disc which was handed to him shortly before his flight took off, and to his surprise, he discovers it contains damning evidence which proves Vice President Pike (Cliff Robertson), who is facing off against Davis in the upcoming election, is the leader of a secret plan to encourage the war in the Balkans so that American arms dealers will be able to sell weapons to both sides. It isn't long before Pike learns that Davis knows his secret and he's willing to use his power and his agents to bring down Davis' flight (and the innocent civilians on board) to cover his tracks. One of Davis' passengers is Capt. Jack Tyree (Brian Bosworth), an Air Force anti-terrorism expert, and it becomes obvious it's up to him to fight off Pike's goons and bring the jetliner safely to the ground. However, there's a catch -- despite his daring, skill, and military training, Tyree has never learned how to fly a plane. Mach 2 also stars Shannon Whirry, Michael Dorn, and Bruce Weitz.