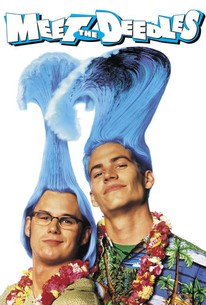 Audiences will be eager to lose The Deedles' number after suffering through this obnoxiously unfunny surfer comedy.

Hawaiian surfer dudes Stew (Steve Van Wormer) and Phil Deedle (Paul Walker), fraternal twins, are about to be expelled from school, so their wealthy and concerned father (Eric Braeden) offers summer camp in Wyoming as a solution. Arriving in Jackson Hole with their wet suits, the Deedle twins are like fish out of water, and a series of accidents put them in a hospital. Mistaken for new recruits by Yellowstone Park ranger Capt. Pine (Douglas Ashton), the duo go along with the error after meeting their training officer, the attractive Lt. Jesse Ryan (A.J. Langer), but they are unprepared to adapt to life in the wild, as they cope with mountainside rappelling, sleeping in tents, eating worms, and dealing with hordes of prairie dogs unleashed by ex-ranger Frank Slater (Dennis Hopper), who seeks vengeance for his past problems in the park. There are several pop-culture references, including a cameo by Bart the Bear (of The Edge).

Bart the Bear
as himself

News & Interviews for Meet the Deedles

Best and Worst Movies of the Furious 7 Stars
View All

Critic Reviews for Meet the Deedles

Audience Reviews for Meet the Deedles