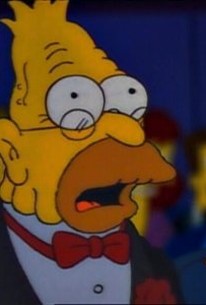 The Front
The Simpsons Season 4

While Bart Simpson (voice of Nancy Cartwright) and his sister Lisa (voice of Yeardley Smith) are loyal fans of The Itchy and Scratchy Show , even they are forced to admit that the show's writing has gone to the dogs, and one day they decide they could come up with better stories than the show's current production staff. Bart and Lisa team up and write a script for Itchy and Scratchy , but Roger Meyers Jr. (voice of Alex Rocco), the show's producer, rejects it because the Simpson siblings are too young. Undaunted, Bart and Lisa resubmit the script, with Grampa Simpson (voice of Dan Castellaneta) credited as the author; it's accepted, and soon "Grampa" is getting more work from Itchy and Scratchy . But things become a bit complicated when a script by "Grampa" is nominated for an Emmy, and Bart and Lisa have to persuade him to attend the ceremony. Meanwhile, after attending their high school reunion, Homer (voice of Dan Castellaneta) is forced to admit to Marge (voice of Julie Kaver) that he failed Remedial Science 1A, and therefore never officially graduated. Homer decides to go back to school and finally get his diploma, but it soon becomes obvious that he hasn't improved much as a student over the years. "The Front" was first aired on April 15, 1993; Brooke Shields makes a cameo appearance as a presenter at the Emmy Awards. 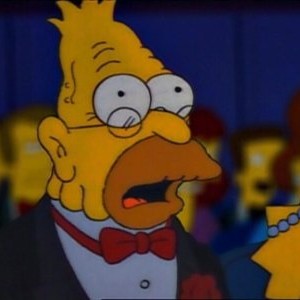