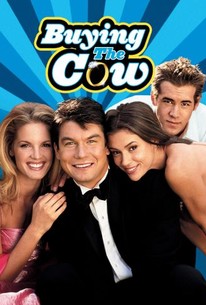 After five years of dating, David (Jerry O'Connell) gets what he feels is an ultimatum from his girlfriend, Sarah (Bridgette Wilson). She thinks they should get married. When his old buddy, Tyler (Ron Livingston of Swingers), a legendary womanizer, calls to announce his wedding plans, it only increases the pressure on David. When Sarah leaves town on a business trip, David has a chance to explore his options. He turns to his friends, Jonesey (Bill Bellamy), and the unrepentant lothario Michael (Ryan Reynolds, who also starred in director Walt Becker's National Lampoon's Van Wilder) for advice. Jonesey half-heartedly encourages David to marry Sarah. Michael, who treats women shabbily, tries to talk David out of it. David tells his friends about an epiphany that he had many years earlier, when he saw beautiful blond Julie (Erinn Bartlett) in an airport, and was instantly smitten. He knew she was the one. He courageously handed the strange girl his phone number, and a brief romantic correspondence ensued, but it ended disastrously. Uncertain about his destiny with Sarah, David spots another woman at a Mexican restaurant, and has the same feeling he had with Julie. He spends a lot of time and effort trying to track this mystery woman down, while Sarah, frustrated by their lack of progress, considers ending their relationship. Michael, meanwhile, has a real identity crisis, when he wakes up in a strange bed after a night of drinking, drugs, and debauchery, only to find a gay man in the bedroom with him. Buying the Cow also stars Alyssa Milano, Annabeth Gish, and Jon Tenney. The film was co-written by director Becker and Peter W. Nelson.

S.A. Griffin
as Stanley
View All

News & Interviews for Buying the Cow

Critic Reviews for Buying the Cow

Audience Reviews for Buying the Cow