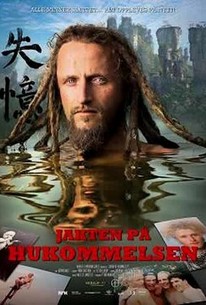 Oyvind Aamot was born and raised in Norway, but as he grew to adulthood he adopted the name Wind and moved to China, where he became involved with an ambitious project to find and document wild horses in the mountains. Wind was traveling by train on the next leg of his journey when he woke up with a severe case of amnesia -- not only did he not know who he was or where he was going, but he could no longer even grasp the concept of memory, and nearly everything around him seemed foreign, especially as a Norwegian who clearly seemed out of place in a land full of Asians. However, one aspect of Wind's personality continued to manifest itself -- as he struggled to acclimate himself with the world around him, he embraced the task with a bold and engaging sense of adventure, warming to the prospect of relearning the bits and pieces of an ordinary life with remarkable gusto. Filmmaker Thomas Lien, who had known Wind before he was struck with amnesia, set out to capture his friend's new life on film, and Hunting Down Memory is a documentary which tells the story of a man who has to learn the basics of an ordinary life all over again at the age of 27. Hunting Down Memory was an official selection at the 2009 Hot Docs International Film Festival.

There are no critic reviews yet for Jakten på hukommelsen (Hunting Down Memory). Keep checking Rotten Tomatoes for updates!

There are no featured audience reviews for Jakten på hukommelsen (Hunting Down Memory) at this time.