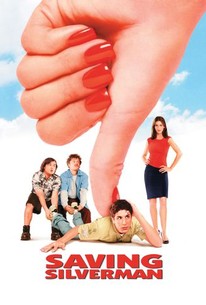 Dragged down by a plot lacking any sense of logic and obnoxious, unsympathetic characters, this comedy is more crude and mean-spirited than funny.

Darren Silverman, Wayne Le Fessier and J.D. McNugent have been best friends since the fifth grade. From grade school (when they were all picked on), to high school (when Wayne played on the football squad, J.D. was the team's mascot and Darren was its star cheerleader), to today (rocking side by side in "Diamonds in the Rough", their Neil Diamond cover band), these guys have always stuck together. Now, enter Judith, a great-looking but cold-hearted and manipulative psychiatrist who digs her claws into sweet-natured Darren, snatches him from the friendship and even breaks up the band. First, J.D. and Wayne attempt to distract Darren by reuniting him with his high school love, Sandy, who in only a short time plans to take her religious vows and become a nun. But the stranglehold Judith has on Darren is too strong. In a desperate and hilarious last-ditch attempt to save their friend from Judith's grip - and after receiving some ill-advised help from their take-no-prisoners high school football coach - Wayne and J.D. kidnap Judith and fake her death, leaving Darren free to fall for Sandy. Judith, however, doesn't stay down for long. Demonstrating cunning and kick-ass karate moves that leave her captors in the dust, Judith escapes and pulls Darren back under her control. But just before the contentious couple takes their wedding vows, a hero arrives in an unexpected form - Neil Diamond, who is recruited by J.D. and Wayne to help save the day.

Neil Diamond
as Himself

Phil Trasolini
as Referee on Sideline

Linda Bernath
as Cheerleader
View All