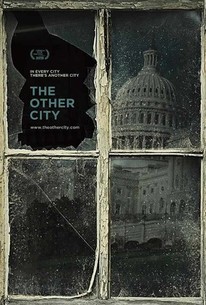 The Other City Ratings & Reviews Explanation

The Other City Photos

As the capitol of the most powerful nation on Earth, Washington D.C. is a city dominated by wealth and political influence, but when you move past the Beltway and haunts dominated by the Federal Government and those who serve it, a very different town emerges. The significant majority of Washington D.C.'s permanent residents are African-American and Latino, a large number are gay, and poverty, drug abuse and inadequate housing are all issues the city has struggled with for years. Since the early 1980s, D.C. has also dealt with another crisis, AIDS -- at least three percent of the city's population is HIV Positive, and some have estimated that as much as seven percent may carry the virus. Filmmaker Susan Koch explores the impact of the AIDS crisis in Washington D.C. in the documentary The Other City, which offers a penetrating glimpse into the Washington D.C. tourists rarely see as well as the people who are living with the disease, survivors dealing with their loss (some of whom are also HIV Positive) and those working to make a difference through education and needle exchange programs. The Other City was an official selection at the 2010 Tribeca Film Festival.

Critic Reviews for The Other City

Audience Reviews for The Other City

There are no featured audience reviews for The Other City at this time.

The Other City Quotes