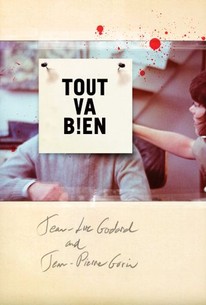 After collaborating on a series of small-scale political films under the alias of the Dziga Vertov Group, pioneering French director Jean-Luc Godard and filmmaker and activist Jean-Pierre Gorin attempted to fuse their Maoist theories of revolutionary art with a more accessible structural framework in this leftist comedy drama. Susan (Jane Fonda) is an American journalist working as a French correspondent for a radio network; her husband, Jacques (Yves Montand), was once a major filmmaker during the French New Wave, but now supports himself directing television commercials as he tries to come to terms with his political responsibilities. Jacques tags along when Susan visits a sausage factory to interview the manager (Vittorio Caprioli); their visit unexpectedly coincides with a wildcat strike staged by the plant's employees, who hold the boss captive as they lash out against both their employers and their union in a bid for more money and greater dignity. Over the course of the day, many of the participants speak to the camera about their varying degrees of commitment to radical political and economic change, while we are also afforded an inside look at Susan and Jacques' splintered relationship. Shortly after Tout Va Bien was released, Jane Fonda made her famous (or infamous, depending on your perspective) visit to Hanoi, an action which led Godard and Gorin to create a companion film, Letter to Jane, in which they dissected a photo of Fonda in Vietnam for its multiple levels of political meaning.

Yves Montand
as Him, Jacques

Jane Fonda
as Her, Suzanne

Eric Charden
as Himself

Louise Rioton
as Lyse
View All