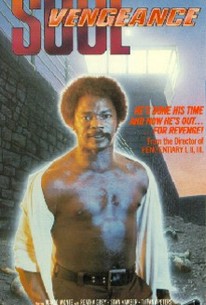 One man wronged by a racist law enforcement system takes a highly unusual route to street justice in this bizarre, expressive urban drama. Charles (Marlo Monte) is a pimp and drug dealer doing a brisk business in vice around the ghettoes of Los Angeles, but he crosses the line when he has an affair with the wife of a racist police detective. The cuckolded detective frames Charles for a murder he didn't commit (the judge presiding over the case, a regular customer of Charles' prostitutes, acts in cahoots with the police in the frame-up), but not before the cop tries to exact a more personal vengeance against Charles by castrating him. After a harrowing stay in prison, Charles comes back to his old neighborhood a very different man; he gets a job and moves in with Carmen (Reatha Grey), a former working girl he's fallen in love with. But Charles hasn't forgotten the indignities of life behind bars or the attack that nearly cost him his manhood, and he begins seeking out the men who wronged him, settling the score using a deadly trick he learned while in lockup. Definitely not your ordinary '70s blaxploitation feature, Soul Vengeance (released theatrically as Welcome Home, Brother Charles) was one of three feature films Jamaa Fanaka wrote, produced, and directed while studying film production at U.C.L.A. (The other two were Black Sister's Revenge, also known as Emma Mae, and the first installment in Fanaka's popular Penitentiary series). ~ Mark Deming, Rovi

Ed Sander
as Judge
View All

There are no featured audience reviews for Welcome Home Brother Charles at this time.