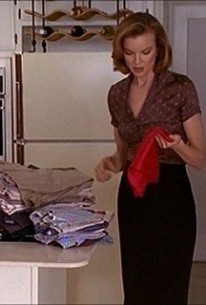 Billy is being as boorish as usual, and when he attempts to take over one of Amanda's accounts by palling up with the obnoxious president of a vodka company the situation around the office gets especially sticky. Meanwhile, Alan's unsuspecting parents have arrived in town, and they proudly announced that they have purchased a home for their son and his new wife Valerie. Upon catching wind of this development, Matt promptly gets plastered and beds his buddy Dave. Later, when a visibly distraught Matt walks out on the wedding, Alan just lets him go. Back in the world of high fashion, Jo learns that Jane was the one responsible for ruining Richard's show and blackmails Jane into hiring Richard as a consultant. Something strange is going on in Kimberly's psyche, because she's developed a particularly prudish alternate persona that answers to the name of Betsy Jones. When Bobby and Peter get into a fight over Amanda, Peter gets knocked unconscious. 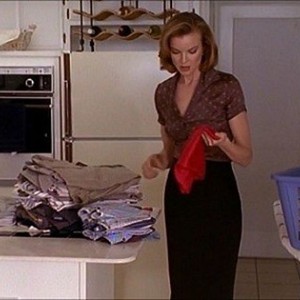