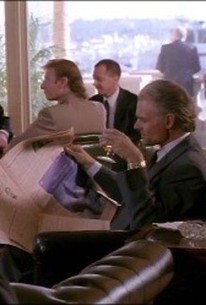 The Triumph of the Bill
Melrose Place Season 4

Billy has stolen Alison's keynote speech, and after winning over the ad convention crowd with an emotionally charged speech regarding the price of success Amanda takes him straight to the bedroom. As a result of Billy's deception, however, Alison resigns and discovers that Amanda is only using Billy to get ahead in the business. Meanwhile, another personality is emerging from within Kimberly, this one being a stark contrast to the prudish "Besty." This new character is a devil-may-care biker chick named "Rita," and she isn't too keen on taking medical advice from Peter. And while Sydney's attempt to blackmail Alycia into hiring Bobby back is indeed a success, no one suspected that Bobby would drop out of the rat race to become a mechanic. Since Bobby's now homeless, Sydney offers him the opportunity to move into her apartment. Later, Richard hires Claire to break up Jake and Jane.

The Triumph of the Bill Photos 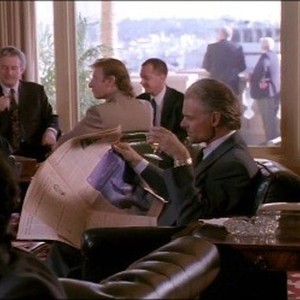