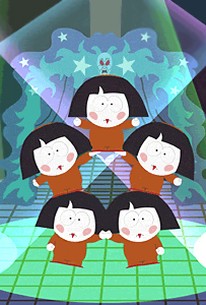 The Elian Gonzales story is satirized South Park style in this episode. After seeing a performance by the Vladchik Contorting Romanian Quintuplets, Eric, Kenny, Kyle, and Stan decide to start their own circus act. While they perfect the act, the quintuplets become involved in an international custody battle because their grandmother has died after a night of passion with Stan's grandfather. Janet Reno, Cirque du Soleil, and Oprah all suffer sarcastic jabs in "Quintuplets 2000," which aired April 26, 2000, on Comedy Central.