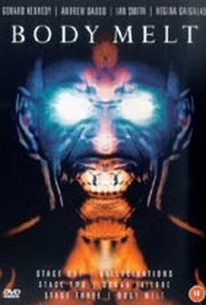 The owner of a posh Australian health clinic uses the residents of a small suburban community named Pebble Court as a test market for some revolutionary new vitamin supplements. Unbeknownst to the locals, the pills have some particularly unpleasant side effects, as illustrated by the messy death of her boyfriend after he discovers the truth and is given a lethal dose. Before long, the locals are beginning to mutate, melt, explode, or turn into deformed psychopathic monsters. As Pebble Court becomes a miniature apocalypse, a pair of detectives plod their way through one bloody massacre after another before finally stumbling onto the diabolical Dr. Carrera (Ian Smith), inventor of the lethal vitamins and numerous other medical disasters. The odd, disjointed and episodic feel of this film is due to the script being assembled out of four separate stories by director/co-writer Philip Brophy. Without a solid framing story or sympathetic lead to give them cohesion (aside from the obvious premise that Carrera's drugs are not particularly healthy), the disparate vignettes fall apart faster than the doctor's victims. That said, there is enough wry humor, frantic pacing and boisterous gore effects to sustain horror audiences' interest for the abbreviated running time. ~ Cavett Binion, Rovi