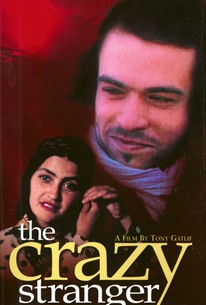 In this comedy-drama, Stephane (Romain Duris), a young man from France, travels to Romania on a mission; his father has recently passed away, and since the old man's favorite singer was an unrecorded gypsy vocalist from Romania, he has come to track her down and put her music on tape. However, he's not sure where she is, and as he wanders though a village in battered shoes on a cold night, an older gentleman of gypsy blood, Izidor (Isidor Serban) allows him to spend the night in his home after regaling him with drunken rants about his dire fate. While gypsies take a dim view of strangers, Stephane goes out of his way to ingratiate himself into their community, and as the locals develop a grudging trust for him, Stephane meets Sabina (Rona Hartner), a beautiful gypsy dancer whose allure is matched by her fiery personality and blunt vocabulary. Izador is Sabina's accompanying musician, and as Stephane is drawn into Sabina's web by the passion of both her dancing and her lovemaking, he also becomes friends with the older man and struggles to better understand his way of life. Director Tony Gatlif, himself of gypsy heritage, previously directed a documentary about gypsy musicians, Latcho Drom.

Lunitia Paun
as The Bride

Jean Paun
as Father of the Bride

Petre Costescu
as Father of the Groom
View All