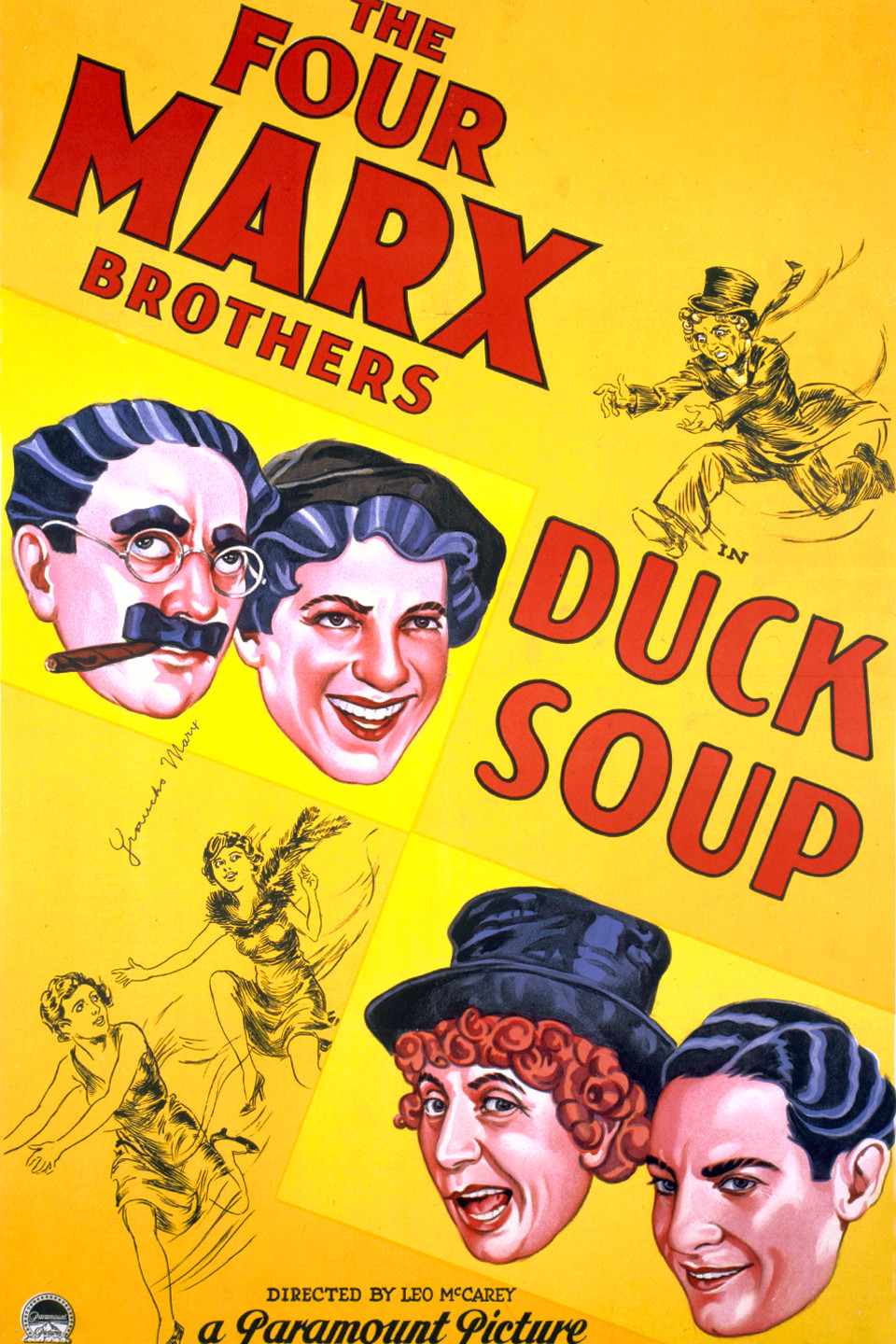 David Jenkins
Little White Lies
Questioning the canonical standing of a titan such as Duck Soup seems like an exercise in questioning the tastes of those who like it rather than the upbraiding the comedy mechanics of the film itself.
Full Review | Original Score: 3/5

Geoff Andrew
Time Out
It also includes what is perhaps the Brothers' funniest scene ever: an immaculately timed and performed sequence with a broken mirror in which Groucho, Chico and Harpo look absolutely identical. A masterpiece.

Jamie Russell
BBC.com
Unpredictable, hilarious, and completely deranged. Duck Soup is without doubt the distillation of everything that the Marx Brothers claimed as their own.
Full Review | Original Score: 5/5

Steven D. Greydanus
Decent Films
As absurdly nonsensical as comedy can be and still be about something.
Full Review | Original Score: A+

Mordaunt Hall
New York Times
This production is, for the most part, extremely noisy without being nearly as mirthful as [the Marx brothers'] other films.
Full Review

Roger Ebert
Chicago Sun-Times
The Marx Brothers created a body of work in which individual films are like slices from the whole, but Duck Soup (1933) is probably the best.
Full Review | Original Score: 4/4
Do you think we mischaracterized a critic's review?
Go back
More trailers