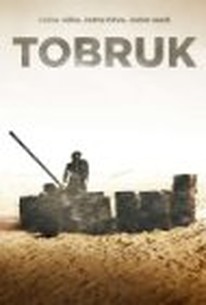 A handful of young soldiers find their courage and fighting skills put to the test in this wartime drama from director Vaclav Marhoul. Pospichal (Jan Meduna) and Lieberman (Petr Vanek) are a pair of new recruits to the Czech army who are shipped off to Egypt for training as their unit prepares to defend Allied-controlled harbors in Libya. After being whipped into shape by no-nonsense drill instructor Corporal Kohak (Robert Nebrensky), Pospichal, Lieberman and their comrades in arms prepare for battle under their commander Sergeant Borny (Martin Nahalka). While the young warriors are confident as they arrive in Libya, they soon discover that the Axis forces mean business, and German artillery rains down upon them with ceaseless fury. Pospichal is soon cut off from him unit, and believing most of them are dead, he finds himself stranded in the desert sands as he's torn between his fear of the heat of battle and his devotion to duty and his friends. Freely adapted from Stephen Crane's classic novel The Red Badge of Courage (which was set during the American Civil War), Tobruk was nominated for nine Czech Lion Awards (the Czech Republic's Academy Awards), and received prizes for cinematography, musical score and sound recording. ~ Mark Deming, Rovi

There are no critic reviews yet for Tobruk. Keep checking Rotten Tomatoes for updates!