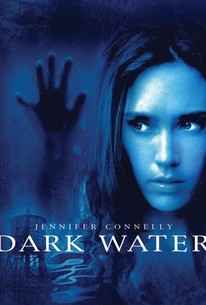 All the atmospherics in Dark Water can't make up for the lack of genuine scares.

Directed by Walter Salles Jr., this remake of Hideo Nakata's supernatural psychological drama Honogurai Mizuno Soko Kara revolves around the plight of a single mother (Jennifer Connelly) whose messy divorce and subsequent battle for the custody of her five-year-old daughter is taking a heavy toll on her emotional well-being. Ultimately, the mother and daughter are able to relocate to an apartment, which, despite its excessively dilapidated interior, seems to be an adequate location for beginning a new life. Before long, however, what appears to be the spirit of a young girl begins to haunt them. No stranger to mental illness, the wary young woman brushes the visions aside as part of the inherent stress of making the transition from housewife to working, single mom. As time goes by and the apparent haunting does not subside, the apartment's new residents are forced to examine the history of its former tenants. Dark Water also features performances from John C. Reilly, Tim Roth, and Dougray Scott. ~ Tracie Cooper, Rovi

J.R. Horne
as Man in Tram

Simon Reynolds
as Man in Elevator

Edward Kennington
as Billy
View All