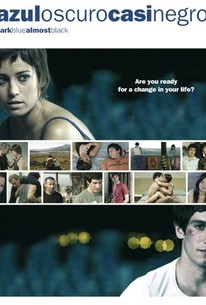 A handful of young people try to sort out the complications of their relationships -- both romantic and familial -- in this comedy drama from Spain. Jorge (Quim Gutierrez) is a guy in his mid-twenties trying to get his life in order as he looks after his father Andres (Hector Colome), who has recently suffered a stroke. Relations are tense between Jorge and Andres, and Jorge thinks one of their arguments may have led to his father's illness. While Andres recovers, Jorge covers his shifts as a janitor, and spends his spare time hanging out with his friend Israel (Raul Arevalo), who is coming to terms with his sexuality, and corresponding with his one-time girlfriend Natalia (Eva Pallaares), who is now attending college in Germany. Meanwhile, Jorge's brother Antonio (Antonio de la Torre) has stumbled into an unusual new relationship -- Antonio is in prison, and while assisting with a theater production being staged behind bars, he becomes infatuated with Paula (Marta Etura), who is both a cast member and a prisoner. Paula wants a baby despite the fact she's in jail, but Antonio isn't so sure he wants to be the father. AzulOscuroCasiNegro (aka DarkBlueAlmostBlack) was the first feature film from writer and director Daniel Sanchez Arevalo.

Alba Gárate
as Alba
View All