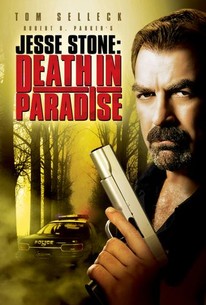 Transplanted L.A. cop Jesse Stone (Tom Selleck) attempts to solve the murder of a teenage girl while simultaneously dealing with a deadly case of domestic violence in this mystery that marks the third cinematic outing for novelist Robert B. Parker's eponymous detective. Having recently settled into his position as the police chief of Paradise, Massachusetts, Stone is troubled to learn that the body of a former straight-A student has been found floating in a nearby lake. Later, as Stone delves ever deeper into the case, he finds that the girl had grown increasingly self-destructive in her last days and that her parents hadn't even bothered to report her missing. His investigation around the quiet New England town yielding little to go on, Stone ventures into the city to search for clues and has a frightening brush with the Boston mob. With every inquiry Stone makes, he appears to be moving farther away from the truth than ever before. Though a disturbing instance of explosive domestic violence momentarily distracts the detective from the task at hand, Stone's determination quickly turns to obsession when he begins to feel as if he may finally be on track to solving the case. ~ Jason Buchanan, Rovi

There are no critic reviews yet for Jesse Stone: Death in Paradise. Keep checking Rotten Tomatoes for updates!