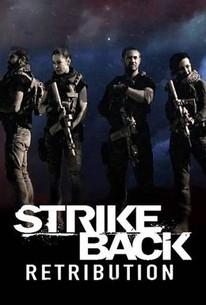 In the Season 6 finale, Section 20 faces an ultimate dilemma as it battles Pavel and his team of Russian turncoats for keys to Soviet-era missiles thought to have been destroyed years earlier. The conflict takes S20 from a remote village in the Philippines to Saloglu, Azerbaijan, where three long-range missiles are ready to be fired on major cities in the West.

Phil Dunster
as Will Jensen