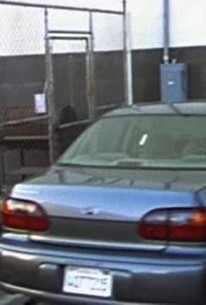 Ronnie (David Rees Snell) discovers that there is 7,000 dollars missing from the "Money Train" stash. He and Lem (Kenny Johnson) suspect Shane (Walton Goggins), but Vic (Michael Chiklis) doesn't believe it. Shane, meanwhile, decides to buy an engagement ring for Mara (Michele Hicks) from Taylor (RonReaco Lee), a fence. Julien (Michael Jace), desperate to have a child with his wife, visits a doctor about his sexual dysfunction. Dutch (Jay Karnes) takes Danny (Catherine Dent) out to look for the "cuddler" rapist, and later learns that an elderly woman was sexually assaulted and murdered just a few blocks away. A minor oversight by Claudette (CCH Pounder) endangers the lives of Trish (Nicki Micheaux) and Waylon (Gareth Williams), who are working undercover to bust a gang-related contract-murder business. Waylon's cover is blown, putting the cops in the precarious position of needing to alert Waylon not to go forward with the sting, without putting Trish in further jeopardy. Tommy (Matt Gerald) returns to the station to beg for his old job back. When neither Julien nor Danny seems enthusiastic about helping him, he takes drastic action.