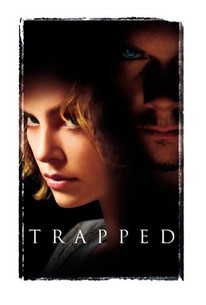 With its plot about child kidnapping and endangerment, Trapped is an exploitative thriller, more queasy than suspenseful.

A mother is caught in a race against time to save her child in this taut suspense thriller. Dr. Will Jennings (Stuart Townsend) and his wife, Karen (Charlize Theron), find their world has been turned upside down when they're taken hostage and held in different cities while their young daughter is kidnapped by the same band of ruthless criminals. Joe Hickey (Kevin Bacon) has hatched a seemingly foolproof plan with his wife, Cheryl (Courtney Love), and cousin, Marvin (Pruitt Taylor Vince): while Dr. Jennings and Mrs. Jennings are under guard and unable to contact the police, Hickey will demand a massive ransom for the return of their daughter. If the payment is not arranged in 24 hours, the girl will be killed. Will and Karen realize it's imperative that they find their daughter as soon as possible, as she suffers from a medical condition that could claim her life if she doesn't receive her medication within a day, but as Karen plots a way to get away from Joe and rescue her little girl, she discovers money isn't the only reason Joe has chosen the Jenningses as his victims. Trapped was based on the novel 24 Hours by Greg Iles; 24 Hours was also announced as the film's title before it was changed to avoid being confused with the popular television series 24.

Stuart Townsend
as Will