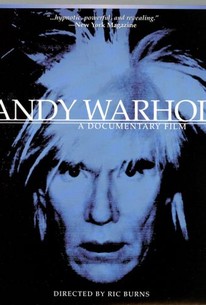 "I think he's a touchstone of the culture--and I mean more than simply painting and art history. I think he's a touchstone of the culture we live in--a touchstone for the entire culture of the post-war period. I think he is probably the most important artist of the second half of the 20th century, maybe the most important artist of the 20th century. If we needed to find a visual form just to distill what it's like to have been alive in the last fifty years, the image would come somewhere from the corpus of Andy Warhol. We might fight over what image it is. We might think it's a painting of Marilyn Monroe, we might think it's a painting of a car crash or the atom bomb or a Campbell's soup can. But I think if we had to choose a painting, it would be a painting by Andy Warhol."--Neil Printz, art historianNo artist of the second half of the twentieth century was more famous--or in the end more famously misunderstood--than Andy Warhol: at once the most accessible and enigmatic, straightforward and elusive, naive and savagely ironic artist of his time. Radically revising the meaning of art, and our sense of what painting could be, he took the idea of art in the age of mechanical reproduction to its logical extreme--permanently breaching the wall dividing art and commerce. Grasping, as no one before or since, the function of fame in a mass society, he forced us to confront and re-envision the world we live in. Along the way, he transformed himself into the unlikely poet laureate of the American century--the high priest and Pied Piper of one of the most radical experiments in the history of American culture--and the greatest and most resoundingly influential artist of his age. ANDY WARHOL--a four-hour documentary film for broadcast on PBS as part of the American Masters 20th Anniversary season premieres September 20th and 21st, 2006. This landmark television event is a riveting and often deeply moving film portrait of the most important artist of the second half of the twentieth century, set within the turbulent and constantly changing context of his life and times. Combining penetrating on-camera interviews and never-before-seen still and archival motion picture footage with the testimony of Warhol's bewilderingly vast body of work itself, the film will be the first to exploit in depth the immense Warhol archives at the Andy Warhol Museum in Pittsburgh. It will also be the first to explore the complete spectrum of his astonishing artistic output, stretching across five decades from the late 1940's to his untimely death in the 1980's--and the first to put Warhol himself--his background and history, his family life and formative experiences in Pittsburgh, his crucial experiences as a commercial artist in New York, and his trajectory across three of the most transforming decades of the century--back into the presentation of his life. A co-production of Steeplechase Films, Inc., Daniel Wolf, Highline Productions and Channel Thirteen/WNET for the award-winning series AMERICAN MASTERS, the film will be directed by Ric Burns. -- © Steeplechase Films

There are no featured audience reviews for Andy Warhol: A Documentary Film at this time.