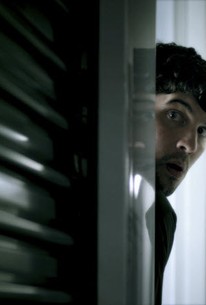 For viewers who manage to stay invested in its occasionally aimless story, Cold Weather proves a surprisingly sophisticated blend of mumblecore and indie noir.

A self-styled Sherlock Holmes leads an unlikely team of irregulars in this charming comic mystery from indie auteur Aaron Katz. The film premiered to critical acclaim at the 2010 SXSW Film Festival, followed by a much-lauded screening at the 2010 Los Angeles Film Festival. After abandoning a promising academic career in forensic science, aimless Doug (Cris Lankenau) returns to Portland to live with his more responsible big sister Gail (Trieste Kelly). He quickly lands a dead-end job in an ice factory, but his latent passion for detective work is stoked when his ex-girlfriend goes missing. Armed with a handful of arcane clues, Doug enlists Gail and co-worker Carlos (Raúl Castillo) in a ramshackle investigation that draws the slacker sleuths into Portland's not-quite-seedy underground. Building on the lyrical style and naturalistic performances of his two previous features, DANCE PARTY USA and QUIET CITY, Katz offers a refreshingly idiosyncratic spin on genre conventions. He eschews the twisty plots and violence of modern neo-noir in favor of sly, deadpan humor and closely-observed performances. COLD WEATHER is simultaneously a story of a brother and sister getting to know each other after years apart and a mystery in the great tradition of crime and detective fiction. -- (C) IFC Films

Critics Consensus: Sanctum Is All Wet
View All