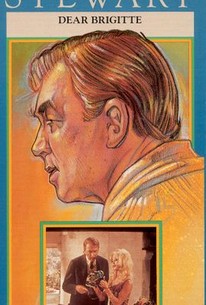 This family comedy stars James Stewart as Dr. Robert Leaf, a college professor who dislikes science and tries to instill in his children a love of art and music. So Robert and his wife Vina (Glynis Johns) are dismayed to discover that their eight-year-old son Erasmus (Billy Mumy) is tone-deaf and color-blind; what's worse, he has a genius-level talent for mathematics. Robert isn't sure what to do about Erasmus, but while his older sister Pandora (Cindy Carol) puts his skills to work by getting him to do her homework, his older friend Kenneth (Fabian) has a better idea. Kenneth and Erasmus come up with a foolproof plan for picking the winners in horse racing -- so foolproof that it draws the attention of two con men, Upjohn (John Williams) and Argyle (Jesse White), who want to use Erasmus's skills to clean up at the track. Robert at first refuses, and then relents only when they agree to use a cut of the proceeds to endow a humanities scholarship, though Robert is about the only one surprised when the men prove not to be good to their word. Meanwhile, Erasmus is head over heels in love with French screen siren Brigitte Bardot -- so much so that he's been writing her love letters. In return, the lucky boy has received an invitation to come meet her, and Robert and Erasmus use some of their racetrack winnings to fly to Paris and take her up on her offer. Nunnally Johnson, who received no credit, contributed to the screenplay; Miss Bardot, of course, plays herself (who else could?). ~ Mark Deming, Rovi

Brigitte Bardot
as Herself, Cameo Appearance

Ed Wynn
as The Captain

Bob Biheller
as Orville
View All

There are no critic reviews yet for Dear Brigitte. Keep checking Rotten Tomatoes for updates!