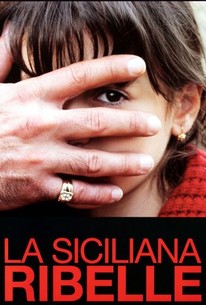 A young girl gets pushed beyond her limits and exercises legal justice swiftly and brutally in this earnest biopic of a real-life Mafia betrayer. The year is 1991. Rita Atria (Veronica D'Agostino), a young Sicilian girl from the village of Balta, has grown up completely enshrined in organized crime -- to such a degree that she takes many of the mob's activities for granted. This all changes when her honest father and brother get slain, which breaks Rita's heart. In response, she begins to slyly observe the more nefarious goings-on in the village, and starts keeping a detailed diary of the residents and their criminal activities. In November of the same year, Rita takes the journal to Paolo Borsellino (Gérard Jugnot), an investigative judge based in Palermo, and shares its contents with him. This, in turn, sets into motion a seemingly irreversible series of events that threaten to topple the village's criminal infrastructure. And though the Italian government places Rita in a witness protection program, the Sicilian Mafia knows her all too well and attempts to carry out its own crude form of justice against the young betrayer.

Giusi Cataldo
as Anna
View All