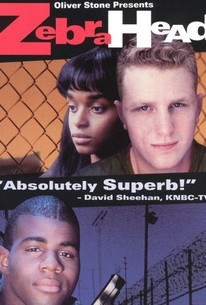 An interracial romance sparks social upheaval in this indie drama from first-time writer/director Anthony Drazan. Jewish high school student Zack Glass (Michael Rapaport) lives with his widowed, womanizing father (Ray Sharkey) in one of the nicer areas of Detroit. His pop and grandfather own a pair of vintage record stores full of everything from swing and jazz to soul and disco; Zack carries on the vinyl-centric family tradition by selling hip-hop mix tapes out of his locker and mixing fiddles and Puccini into his DJ sets at local parties. One day at school, beautiful New Jersey transfer student Nikki (N'Bushe Wright) witnesses Zack's girlfriend unceremoniously dumping him; when it turns out that Zack's best friend, Dee Wimms (DeShonn Castle), is Nikki's cousin, the stage is set for romance -- the first interracial pairing for each teen. Dee is happy to play matchmaker, but members of the Wimms clan aren't as pleased with the romance. Nikki's mother, Marlene (Candy Ann Brown), asks Zack point-blank if he's curious about black women -- or just slumming it. Such mild disapproval is nothing compared to the rage felt by Nut (Ron Johnson), a young troublemaker who wants to romance Nikki himself. When Nikki overhears Zack making a racially insensitive comment about her to his pals at a party, she questions the viability of their relationship; the next day, she finds herself making time with Nut, who displays an unexpected tender streak. When Zack shows up at the local skating rink to talk to Nikki and sees Nut pestering her, things spiral out of control. Soon, the lines are drawn in a community-wide debate about interracial dating and urban violence. Zebrahead earned a Filmmaker's Trophy for Drazan at Sundance in 1992 and launched the successful careers of Rapaport and Wright. Indie fans will notice Kevin Corrigan in an elliptical subplot involving the industrial disintegration of the Motor City.

Helen Shaver
as Diane
View All

There are no featured audience reviews for Zebrahead at this time.