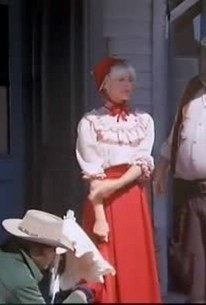 A Lawman's Lot Is Not a Happy One
Bonanza Season 11

While Sheriff Coffee testifies at a trial in San Francisco, Hoss Cartwright serves as temporary sheriff of Virginia City. Before long, Hoss has outraged and astonished the townsfolk by locking up millionaire Paul Forbes (Robert Emhardt) and his valet Fairfax (Jay Novello), for reasons which remain unclear throughout most of the episode. Conversely, Hoss refuses to accommodate troublemaker Hiram Peabody (Tom Bosley), who desperately wants to be arrested so he can escape his impending marriage to Cissie Summers (Melinda Dillon). First telecast on October 5, 1969, the lighthearted "A Lawman's Lot is Not a Happy One" was written by Robert Vincent Wright.

A Lawman's Lot Is Not a Happy One Photos 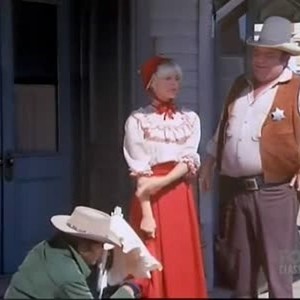