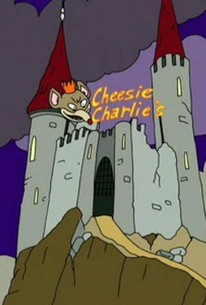 Lois (voice of Alex Borstein) makes plans to have Stewie's (voice of Seth MacFarlane) first birthday party at Cheesy Charlie's (read: Chuck E. Cheese's). But when Peter foolishly screws up their hard-to-get party reservation, he makes up a bizarre story for Lois about what a hellish place Cheesy Charlie's was, and tells her that he's made elaborate arrangements to have Stewie's party at home. Brian responds to Peter's far-fetched tale by calling him "the Spalding Gray of crap." Stewie, who has vivid memories of his successful battle to be the first sperm to reach the egg, sees the whole "birthday party" as a scheme to bring him back into the hands of the dreaded "man in white," who he thinks tried to thwart his escape from the womb. Meg (voice of Mila Kunis) is despondent about her social skills after failing to make cheerleader. Peter (MacFarlane) tells her, "Just be the girl you think everyone wants you to be." This advice gets Meg a new friend, who happens to be a member of a suicidal cult. 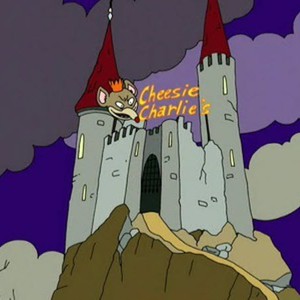