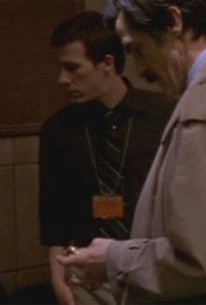 The inmates watch a quiz show called "Up Your Ante" hosted by Gordon Elliot (playing himself), and Beecher (Lee Tergesen) seems to know all the answers. A television crew led by producer Lisa Logan (Ally Sheedy) invades the prison with plans to do a three-part series, featuring star reporter Jack Eldridge (Roger Rees, who would later direct an episode of Oz). O'Reily (Dean Winters) remembers a scathing story Eldridge did on him and Cyril (Scott William Winters) when they were teens, and starts plotting his revenge. The TV crew selects Omar White (Michael Wright) as the prisoner they will follow as he enters Oz. Logan heads straight to Em City and interviews Beecher and Keller (Christopher Meloni) about their relationship with each other and with Schillinger (J.K. Simmons). They both opaquely tell her that they "sing in the choir together." O'Reily is worried about Beecher, because Beecher knows about the murders he and Keller committed. Keller warns O'Reily not to hurt Beecher. Logan talks to Schillinger about the kidnapping of Beecher's children, and he clams up. White ends up bunking with Hill (Harold Perrineau, Jr.), and lets him know that he wants drugs and he hates "faggots." O'Reily later tries to use this information to get White to attack Eldridge, but White's erratic behavior spoils the plot. O'Reily later offers to sell Eldridge information about Adebisi's lifestyle and his death. Eldridge tells him off. Eldridge also interviews Said (Eamon Walker), but no one's talking. McManus (Terry Kinney) takes Logan aside and tells her, off the record, to go after Querns (Reg E. Cathey). Querns, in turn, convinces Glynn (Ernie Hudson) to destroy Adebisi's videotapes. The television story ends in disaster after Eldridge decides to spend the night in a cell with the increasingly unstable Cyril. 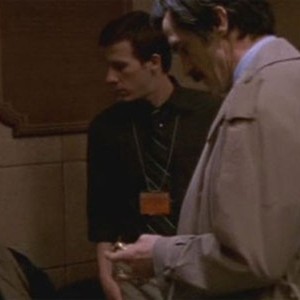