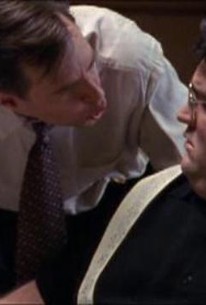 The Strike Team rehearses for their planned robbery of the Armenian money train. Ronnie (David Rees Snell) seems particularly worried about being "greenlit" by Armadillo (Danny Pino). Aceveda (Benito Martinez) criticizes Dutch (Jay Karnes) for his handling of a recent case, in which he let Marcy (Melanie Lynskey) and her husband leave the station while a young woman was dying in the trunk of their car. When Dutch asks Marcy how she fooled him, she says, "I just let you fool yourself." Mackey (Michael Chiklis) is forced to deal with a domestic disturbance in the hotel where he's staying. Emma (Marguerite MacIntyre) criticizes his two-fisted technique, but it's clear that she's attracted to him. The Strike Team finds someone to launder their money for them. Tulips (Nichole Hiltz) returns to the station with a hot tip for Shane (Walton Goggins). Shane doesn't want anything to do with her, but Mackey insists that he follow her lead and make an easy bust. Danny (Catherine Dent) gets passed over for promotion because of the bogus complaints against her. Dutch becomes unsure of himself when a woman is found strangled in the park. He defers to Claudette (CCH Pounder) as they interrogate Stu (Mike Bruner), the obese suspect. Julien (Michael Jace) tells Vanessa (Monnae Michaell) that he's in a sexual reorientation program. 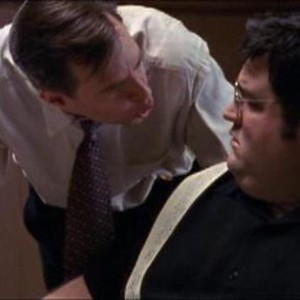